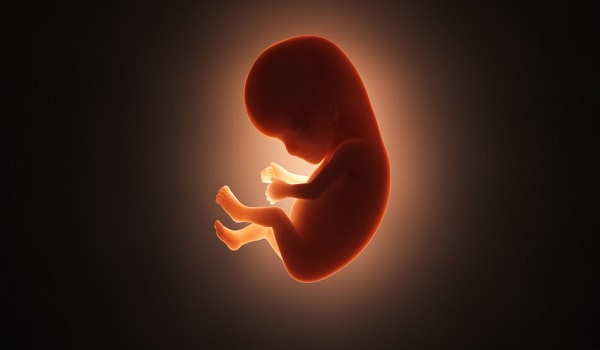 Genetics are an integral part of a baby’s appearance, including his look and personality. Parents imagine what they want their child to look like. If your child has curly hair like his father, he may look tall. In addition to looks, genetics play a huge role in a child’s personality. It’s possible to change looks and such a baby is known as a designer baby.

Designer babies are those who have had their genetic composition modified in order to incorporate or delete genes that are connected with a certain condition.

As part of a procedure known as genetic technologies, a variety of human embryos are analyzed for the presence of genes that are linked to certain illnesses or features. Selected embryos with the desired genetic make-up are then selected, direct editing of the genetic code before birth is another way that may be used to modify a baby’s genetic code. There has only been one reported occurrence of this, in the case of Lulu and Nana, Chinese twins who were modified as embryos, generating great outcry.

Genes may be sent directly into the cell or edited using gene-editing technologies to create genetically altered embryos. This genetic material can be introduced into the embryo itself or into the male and/or fertilized eggs of the parents.

Germline engineering is the phrase for this practice, which is illegal when performed on fetuses that will be carried to term.

For a method that involves changing the DNA of an unborn child, it is deemed ethically questionable. The use of such a technology to cure sickness has been approved by some scientists, but others are concerned that this might lead to the use of the technology for aesthetic purposes and the improvement of human characteristics, with potentially harmful consequences for society as a whole.

The Legalities of Genetic Modification for Unborn Children: Assisted reproduction techniques are a common means to create a child. In the process of assisted reproduction, more embryos are created than are implanted or delivered. The remaining ones are destroyed or frozen for perpetuity.

These modified children are an immediate danger to life. The creation of human beings out of a single cell is a troubling prospect for everyone, and the deliberate destruction of such children does not bode well for scientific integrity.

There are many questions surrounding this controversial procedure. The main objective of the procedure is to remove a mutation from the embryo. However, scientists do not know whether the removal of a gene will have any unintended consequences. Because the genetic code is so complicated, even a small modification can have big effects. Currently, there are no regulations governing the practice of genetic modification of unborn children.

In some cases, it is necessary to modify the genes of a child before its conception. However, if a mutation is successful, this could affect the future identity of the child. This means that the future parents would have to decide if the modification is in the best interests of the child. For instance, a prospective mother who carries two alleles for cystic fibrosis may choose to genetically modify the embryo in order to have a child free from the disease.

Some people worry that this technology may be used for eugenic or even genocidal purposes. After all, scientists haven’t discovered whether knocking out a gene will have unintended consequences. And because the human genetic code is complex, even small changes can have major effects. It is imperative that the research and use of genetic modification are carefully controlled and regulated. And it is not just the potential risks of genetic modification that should worry the public.

Some have warned of the risks of experimentation on minors, “designer babies,” and interference in the genome. Yet, some experts warn that human germline editing may spread through the entire species and create a new breed of children that will be genetically modified. Despite these concerns, many scientists continue to pursue these technologies. It’s not known whether these developments will be approved or not.

Arguments against genetically altering unborn children have several facets. First, the concept of genetic age is influential in popular culture. Many individuals view their genotypes as having moral, religious, and magical significance. As a result, they view the idea of genetic modification as a form of “playing god” and designing a child to fit their desires. Other arguments against genetic engineering focus on societal impact.

A third type of argument against genetic modification of unborn children argues that the practice is wrong. It will empower overbearing parents, and genetic modification is no different than any other kind of assisted reproduction technology. For example, parents who wish to have a “music gene” in their child are no different from those who want a world-class musician as their egg and sperm donors. Furthermore, the expectations placed on the resulting child are similar to those for an in vitro fertilization process.

Yet another argument against genetically altering unborn children centers on the risk of off-target mutations. One researcher attempted to genetically modify two children during the embryonic stage, and these children are now known to be HIV-resistant.

Despite this controversy, the scientific community has largely rejected the claims of He Jiankui, and the Chinese government condemned the doctor. Further, the claims have sparked widespread debate about genetically altering unborn children.

Another reason to oppose genetically altering unborn children is the eugenics and genocidal aspects of this procedure. The scientists are still unclear about the consequences of knocking out genes and implanting them into the womb. Genetic editing is still illegal, but the Nuffield Council on Bioethics says this may change in the future. In the meantime, there should be a legal framework that protects the rights of unborn children.

There are numerous ethical considerations in relation to genetically modifying an unborn child’s looks and personality, and debates over the morality of such practices have been ongoing since the 1970s.

Although fetal genetic modification has certain benefits, there are also significant negative consequences. The process of modifying genes is likely to result in parental selections of genes that provide societal benefits. In addition, there is the potential for mishaps, as the process can lead to the premature termination of the embryo. Genetic engineering is not yet completely safe, and is still in its experimental stage. However, it has the potential to produce beneficial effects for the unborn child and may be used for medical purposes.

Assuming a strong form of genetic determinism, genetically altering an unborn child’s appearance and personality may close off some routes of development and limit the child’s range of options. However, some traits might not be expressed due to developmental constraints, environmental factors, or the complexity of the trait. Thus, genetic modification may increase expectations and limit the child’s choices.

The deepest moral objection to genetically altering an unborn child’s looks and personality arises from the nature of the human being. The design process essentially usurps the autonomy of the unborn child and makes the child subject to the randomness of nature. It also disfigures the relationship between parents and children, and limits the child’s freedom. So, cloned or genetically engineered children are not completely free, but the implication of genetic modification of an unborn child’s appearance and personality is significant.