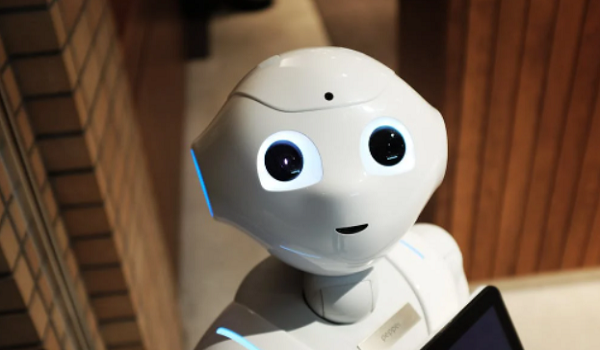 As the robotic workforce expands and shows awesome productivity and retention rates, robots are taking jobs away from humans. One startup named Momentum Machines raised $18 million and one of their robots is capable of flipping a gourmet burger in under 10 seconds.

Eventually, these robots could replace an entire McDonald’s crew. Another company named Universal Robots produces such robots that are capable of building new parts of machines. Google even won a patent for worker robots with personalities.

Some IT service companies are optimistic about big opportunities for robots in the future. They recently published a report in which they noted that reinvention and creative destruction have always been part of the human experience. While robots will eventually take some jobs, they will also create new ones. This report imagines 21 future careers. The authors point out that humans need to learn how to adapt to new technology in order to stay competitive.

Here are a few examples of such careers:

While automation and robotics have changed the face of work in the manufacturing industry, some sectors have adapted faster than others. China, for example, has adopted nearly as many robots as the rest of the world combined in the last decade. Automation of customer service and HR departments has facilitated the automation of many human tasks, such as verifying payroll systems and creating email reports. Computer vision can even scan barcodes and track packages without human hands.

Many jobs are at risk of being replaced by robots, but some occupations will remain as human as possible. For example, nurses, doctors, proofreaders, bartenders, and attorneys are unlikely to be automated. They need human interaction and understanding. Social workers and therapists are well trained and suited for their respective jobs. They possess empathy, understanding, thinking and listening skills that robots cannot replace. Fortunately, this means that they may have more job opportunities than we think.

By 2030, there could be 20 million fewer jobs than there are now in the world. According to a study from Harvard University, this trend is accelerating. The number of robots used worldwide increased by three-quarters in the last two decades, reaching nearly ten million in 2022. The rise of robots is expected to result in greater productivity and economic growth for many industries. However, there are downsides to the rise of robots, which researchers are addressing in the study.

According to the study, robotics will most likely affect blue-collar jobs and lower-income occupations. The adoption of robots will impact both male and female workers, with men being displaced by robots in manufacturing industries and women in non-manufacturing jobs.

It is expected that robots will ultimately eliminate up to 400,000 jobs in the U.S. already. However, it is important to remember that the economic effects of robots on jobs will vary from region to region.

In some companies, the CEO suggests a larger focus on the human workforce when considering automation. This will show management that it cares about its employees and their development. They also suggest that HR departments also include robotic resources in areas like procurement, maintenance, decommissioning, and human-robot collaboration. By adding these resources to their staff, the company will be better equipped to handle the transition toward human-robot collaboration.

In addition to improving its abilities in extreme environments, robotics must learn how to work as part of a team. In nature, there are abundant examples of cooperative animals. To make robots as a part of our future and more human-like, they will need to learn to work in teams.

They should be able to coordinate data from various sources. Ultimately, this will make the robots more versatile and intelligent. They will also be able to handle ever-changing variables without human assistance.

The future of human-robot interaction will largely depend on advances in AI and human ingenuity. The latter will imbue robots with more human-like cognitive abilities. For instance, Facebook has recently developed an algorithm to help robots navigate unfamiliar environments without mapping them.

The combination of behavioral and cognitive studies will increase generalization of models and reduce over-specialization. And since robots are increasingly becoming human-like, these researchers should concentrate on addressing these challenges.

Robots could become softer or even biodegradable. Soft robots have an adaptive skin and can bend or flex to fit into small spaces. Researchers are exploring bio-inspired materials that mimic the motions of animals. For example, scientists at UPenn have developed a material that can change from a 2D sheet to a three-dimensional shape, mimicking the ability of octopuses to camouflage themselves. Researchers are also exploring new ways to power robots.

Robots are poised to become ubiquitous in our society. From manufacturing to caregiving, robotics is likely to be in every area of our life. As robots become more sophisticated, they will replace millions of jobs.

Among the many challenges facing the robotics industry is the privacy of humans. Robots can be programmed to collect and store information about people. Researchers are also looking into how to protect the data that robots collect about people. They must follow the principle of privacy by design, ensuring that AI systems respect the privacy of humans. This is an ongoing challenge for researchers, but if they can successfully meet these challenges, the world will be a better place.

So what can we do? How do we create such machines?

By creating a common framework for robot development and fostering an open ecosystem for robotics, we can reduce the barrier to entry for new applications.

The benefits of a robot workforce are obvious, including reduced workplace accidents. But the technology is not there yet, and it will take decades to create a fully robotic, human-like society. As a result, we need to tackle the challenges facing robotic systems today. We can’t do it alone, but we must work together to develop a common standard for human-robot interaction. This will ensure the safety of everyone involved.

As the future of work becomes more automated, robots will be more likely to be available in more industries. For example, robots can now perform complex and long-term tasks. In addition to scientific processes, robots can also perform patient intake and mobile health checkups, helping to eliminate the need for staff to be on-site for long periods. The future of robots also holds great promise for healthcare, as robots are more than capable of performing routine, easy-to-understand tasks.

While some jobs will be replaced by robots, others will be complemented. Robots will create new jobs for workers who can be retrained or acquired the skills necessary to compete in a competitive global economy. The most effective way to temper the impact of robots is to invest in education. The U.S. is currently among the industrialized countries that are least prepared to handle robots. Some scientists and business experts believe that robots will become a major part of our lives, and we should adapt. If robots can learn to mimic humans, we can expect that all manner of tasks will be done by machines. Some companies are already integrating robots into their operations. Currently, robots are working in factories and warehouses alongside human workers. In restaurants, fast food joints, and clothing retailers, robots are doing tasks that humans used to do.

Despite this, there is no clear evidence that robots are the next step in human evolution. But it’s certainly possible. And while many robots have never been sent to space, others are proving to save human lives. Robotics can handle all sorts of jobs from cleaning houses to mowing lawns. With the right development, robots can perform any job humans cannot. Even in the most hazardous environments, robots are already capable of doing many of them better than humans do.