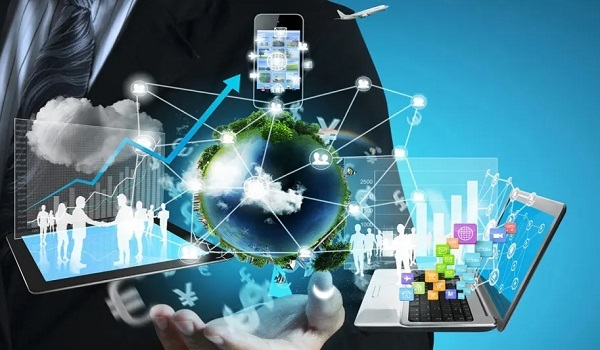 Without the following inventions, our life would be quite boring. So, it all started from the invention of wheel in 3500 B.C. Moving on, from electric bulb to car and computer technology, the world is revolutionizing.

Unlike the first computer, which took up an entire room, today’s computer fits into a pocket or purse. You can use a personal computer from anywhere you have internet access, from your home to your office.

A new gadget that is best for travelling and could cool your drinks, has a USB charger, bottle opener, bluetooth speaker, plates, cutting board etc. You can enjoy drinks while watching the television. It could be easy to use, and would save you time as well as water.

It has an in-built blender,LED, and phone charger as well. This could make life easier for everyone during Sunday afternoon picnics and other get-togethers.

The CleanseBot is a automatic robot vacuum cleaner device that uses UV-C lights to disinfect blankets and sheets. It can be placed beneath any type of bed. With 18 sensors and smart mapping technology, it can be used to disinfect a variety of surfaces, including the toilet seat, light switches, and TV remotes.

CleanseBot is powered by 3700 mAH battery, which is portable power, and incorporates Li-ion cells for double the playtime of conventional batteries. It is small enough to fit in most suitcases and backpacks, and it has almost as much intelligence as a cell phone. It was rigorously tested by third-party testing labs to make sure it was safe to use. The company also claims that it can combat harmful bacteria and viruses, including COVID-19.

It uses UV-C light to kill germs and stop the spread of airborne viruses. It can be very handy when staying in a hotel because it can disinfect all surfaces. This robot is perfect for travelling, as it can even sanitize your pillowcases while you sleep.

A tiny robot that disinfects beds is an incredible invention. This robot is portable, weighing just a few pounds, and can clean your bed overnight. If you’ve ever stayed in a hotel with poor hygiene, it’s likely you’ve slept with an uncomfortable bedbug at least once in your life. CleanseBot is the perfect product to use to combat this problem.

Another invention is AIR-INK, a gadget that transforms smog into ink. The equipment captures charcoal soot from automobile exhaust, air and converts it into strong black ink.

However, pollution is an excellent substance for colorants. Combustion of fossil fuels is the principal source of the black ink utilized in pointers and computer ink cartridges.

This domestic robot is not a replacement for the human vacuum cleaner, which has been around for decades. Instead, it serves as a predator, trapping pests, then digesting the bodies for energy. It is powered by a special fuel cell, which is derived from the bodies of mice and flies. By 2022, this robotic pet will be a necessity for any household, so be sure to get one of these inventions for the happy life you’ve been dreaming of.

Inventions such as this one will change the way we live our lives. They will be robust, hypersensitive, and intelligent. Their dynamic relationship with their owners will be inspired by the dynamics between humans and other living creatures. Carnivorous domestic entertainment robots could be the answer to the current entertainment dilemma. This invention could make life better for us all.

This entertainment robot is already on its way to becoming a household fixture. With advancements in technology and increased investments in artificial intelligence, the market for this robot is expected to grow. Amazon debuted Astro in 2021, the first home entertainment robot.

This three-wheeled robot is capable of moving items from one room to another, playing music, and video chatting. It is also capable of keeping watch over the home while its owner is out of town. Several Amazon devices have been mounted on wheels, and the company hopes that the same can happen with this entertainment robot.

The Unico smartbrush can clean teeth and gums perfectly in less than 15 seconds. It’s powered by your phone and is programmed to clean your teeth and gums in the same amount of time as it would take you to brush your teeth manually, leaving you with plenty of time to do your hair, or even spray perfume.

Developed by a young Californian, Nichele invented the smartbrush in 2007 and only recently was it developed. In fact, the smartbrush was only developed thanks to crowdfunding and advances in 3D printing.

Another smart toothbrush is the Oral-B Genius X. It uses artificial intelligence and sensors embedded in the toothbrush handle. This is an improvement over the Oral-B Genius Pro 8000, which relied on the camera on the smartphone to track movements. The Genius X approach is more convenient and innovative. It can even clean hard-to-reach areas like the tongue and gums.

It’s been several years since the first Smartbrush was launched, but it’s still not a perfect product yet. The smart electric toothbrushes were expensive, and they don’t have enough features to make them worth the price. The company is still working out the details, but they’ve come a long way. The company has already developed a toothbrush with Bluetooth technology, which connects to your phone.

Inventions like the Flypaper Robotic Clock are great ideas for the future. This clock, which has a battery that charges via auto-extermination, is a great example of the type of product you should own in 2022. Insects are caught on flypaper and deposited in a bacteria-infested vat in this timepiece by British inventors.

“Digestion” is the chemical process that occurs as a result of this chemical reaction and is used to power both the rollers and the LCD clock. In fact, the designers of this invention created it to help home owners to live happily

The Hemopurifier is a disposable cartridge that attaches to a dialysis machine, it uses a lectin filter to remove HCV, Ebola and many viruses from blood, and in Germany, it was used to treat patients with the deadly disease. Its potential for other diseases is endless. The FDA is working to make it available on the U.S. market safely.

A skateboard-like contraption called Sidewinding Circular Skates allows users to easily ride their bike without stepping off the ground. It features two 25-cm-diameter wheels and foot pedestals on the rims. Singaporean artist Lee Wen designed the Sidewinding Circular Skates. If you love skateboarding but can’t find the time to ride a bike, this device might be right for you.

The Phree pen is a wireless, unrestricted electronic sensor pen that excels in almost every aspect of writing. It’s a familiar shape, yet it’s a genuinely ground-breaking innovation!. its 3D optical tracking engine measures the distance from the object to the surface being written on, and transmits this information to a Bluetooth device. The result is a digital link that the device can then read. It can also detect when you’ve moved a hand and send that information to your phone or tablet.

Let us know how you like these inventions? Thanks