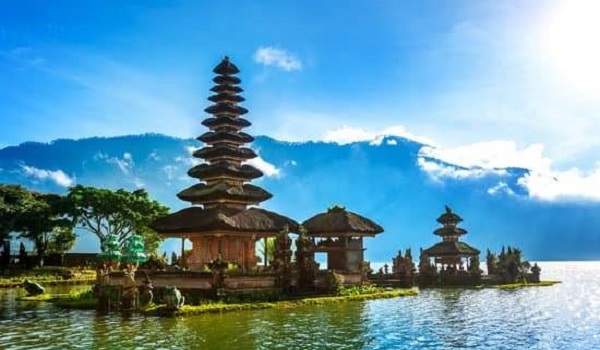 Indonesia is one of those countries where you will constantly want to see, do, learn, and discover more. Because this nation of more than 17,000 islands has so many sites to see that you might spend a lifetime learning about them.

Although there are certain spots that are vital to explore in Indonesia to get a taste of all this magnificent nation has to offer on its own merits. Do you want to learn more? So, continue reading and take notes, so you don’t forget anything.

Don’t know what to see in Indonesia? Begin at Borobudur.

The Borobudur temple is one of Indonesia’s must-see attractions. It is the world’s biggest Buddhist monument and is situated on the island of Java, 40 kilometres from Yogyakarta.

This magnificent temple is built in the style of a Buddhist stupa. With six square platforms rising to three circular stories.

It boasts over 2,600 reliefs and over 500 Buddha sculptures, to give you an indication of its massive size. Borobudur Temple is Indonesia’s most visited tourist destination for a reason.

One of the most popular times to visit Borobudur is early in the morning. When the temperature is cooler, and the sun starts to rise through the temple, producing wonderful moments.

That is why some people opt to stay the night near the temple or take a private tour. Since although Borobudur can be reached by public transportation from Yogyakarta, there are no buses so early.

Do you want to see the best beaches in Indonesia? Bali is a fantastic destination.

Bali is one of the world’s most popular tourist destinations, thanks in large part to its beaches. It offers some of the world’s greatest sandbanks and surfing beaches on the southern part of the island. Furthermore, the whole ambiance surrounding the area’s beaches and tiny villages make anybody who visits feel like they are in paradise.

The well-known Kuta beach, Batu Bolong beach in Canggu, Padang Padang beach near the Pura Uluwatu temple, and Benoa beac. Bali’s closest approach to a Caribbean beach among the must-see beaches in Indonesia and Bali.

You can’t leave Indonesia without visiting a rice field

It is one of Bali’s most magnificent vistas, and since it has a magnetic atmosphere, you will be able to look at it for a long time. The rice fields of Bali are one of Indonesia’s most gorgeous sights.

The Jatiluwih rice fields are a UNESCO World Heritage Site. And they are so large that seeing them might take anything from an hour to four hours.

Although, in recent years, the rice fields of Tegalalang have attracted the most tourists owing to their terraced form that seems to be tumbling down the hills. Providing one of Bali’s most picturesque and pleasant faces.

Temples of Bali, an essential thing to see in Indonesia

For a reason, Bali is known as the “Island of the Gods”. Despite being in the nation with the world’s largest Muslim population, bali practices its own kind of Hinduism.

Their temples are known as Puras, and it is usual to see natives performing different rites when visiting them.

There are over 10,000 temples on this island, so you may view a lot of them. But we’ll tell you which ones are the most important to see in Indonesia. Apart from the one in Borobudur on the adjacent island of Java.

If you only have time to see one temple, we propose the so-called Mother Temple. Also known as Pura Besakih. Which is situated on the slopes of the Agung volcano, providing a unique panorama of another of the things you will see the most in Indonesia: volcanoes.

The Pura Besakih temple is home to 22 other temples. And it’s easy to lose track of time when strolling around it peacefully and being fascinated by its spectacular and steep seven-story stairway.

The temple of Tirta Empul, considered one of the most holy on the island. And a gathering spot for Balinese who flock to its waters to cleanse themselves, is another highly recommended shrine.

It consists of a big pool into which 12 jets descend. Which are claimed to have therapeutic properties and are used by the locals to bathe.

Of course, you can only do it in ten of the twelve since the others are designated for the departed and their family. Visitors are welcome to engage in the ceremony as long as they do it courteously.