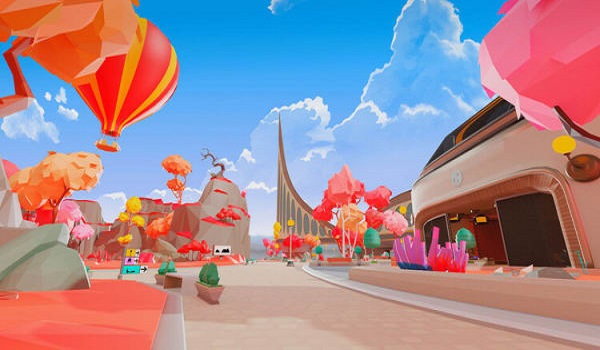 All real estate in our real world begins with metaverses, or what engineers call 3D models.

Brian Jencic, head of the planning department at the HOK architecture firm in San Francisco, USA, said: The metaverse brings the distances between design in its current form and what some may see as impossible and others may see.

The future of architecture in the virtual world, stresses that we are not that far from the future as the same tools are currently being used in visual design to have a realistic vision of what the project will become, whether the general environment, neighborhood, or village.

He added, in statements reported by the “Arch Daily” newspaper, that this similarity is not sufficient to establish an entire world in the multiverse, as it will need many new skills. Still, the most important thing is the change in the vision and goal of the designers, in addition to the triple design.

Dimensions It will be necessary to add some other elements such as characters and content and game design. This will give the world of architecture a new profession and automatically form a multi-skilled team that puts all its focus on designing this new era.

And you can see the world of architecture and game design currently coming together before this metaverse was even announced, such as the recent collaboration between Zaha Hadid Architects and the electronic games company, PUBG Mobile, to create together this world in which players had a fantasy experience rich in technical details in the land of the fight.

And the world’s orientation toward design in the space of the virtual world means moving away from the restrictions and ceilings of what is called traditional engineering. We are still exploring the unknown, so we try to discover together and present to you some of the important points that everyone who thinks of diving into the universe of the meta virus should take into account.

Metaverse has two branches of products you can create, wearables and scenes; The first, as is clear from its name, is electronic goods such as clothes and other things that have nothing to do with architecture and nature. The second option is what can be linked to architecture, except for creating scenes or the environment, such as building spaces, statues, and buildings.

To create a scene or environment in Metaverse, you must be able to access one of the platforms on it. The most famous of these platforms are “Sandbox, Cryptovoxels, and Decentraland”. Sandbox is the most user-friendly of them. It is a gaming platform that allows users to design, use and sell

To do their work in the market in the game and to use the sandbox you will need a simple program called vox edit, CryptoVoxels is a virtual world inspired by the famous game Minecraft where you can build land and buildings of several floors, and create characters and count

The best way to build on this platform is to “own” your land in addition to the free space provided by the platform if you want to test your abilities, but in this case real estate is not built in the metaverse in a limited version of the platform itself.

decentral and is the best among the three platforms that were mentioned in general and about the three-dimensional worlds, and what is very famous for this platform is the sale of one of the lands on it at a value of $ 2.4 million in November 2021, and it is not possible to benefit from

The possibilities of the entire Dinterland You will have to get an electronic wallet and make an investment in land, which has now become one of the most important elements for building in the metaverse. Their land costs an average of 15 thousand US dollars, which has risen dramatically, starting from 500 dollars.

Architecture in the metaverse, unlike that in the real world, requires the adoption of new methods and tools from different industries, so many engineers tend to adopt many elements of filmmaking, such as telling a story, so that they can bring what they have created to live, and this is to be able to organize and arrange their scene, which will appear on a screen with specific measurements.

As Patrick Schumacher, one of the project managers at Zaha Hadid Architects told the “Arch Daily” newspaper that he believes that the metaverse is the place where many future projects will be built, and that leaving it in the hands of the makers

Entertainment is a big mistake in terms of the goal for which we create this world. “The future is dead,” added Wrenka Marcinek, from one of the companies that focus on architecture in Metaverse. She also explained that despite the dominance of

The development of games or people interested in 3D design in the electronic space now and not the engineers, which leads to the inability to browse these spaces or is not of much use from the user’s point of view.

These statements made it clear to us the importance of architecture in creating the next era of technology, and this is due to the insufficiency of merely making a scene or a visually beautiful environment, and the necessity of knowing the correct standards for building it in the real or virtual world, and for this to happen, we must prepare with new software ready to preserve the profession of engineering and so that the world does not lose its touch humanity.