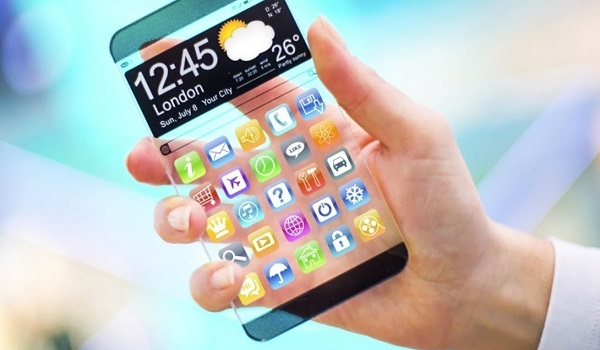 From the first smartphone in 2007 to the latest models with 4K resolution, smartphones have come a long way. Smartphones have become an essential part of our daily lives, providing global social networks, music streaming, and even online shopping.

And we can expect even more breakthrough mobile experiences in the decade ahead. This article takes a look at the smartphones and social media of the near future. Let’s see how these new technologies will change our lives and our interactions with technology.

Samsung has been working on flexible display screens for years, recently, it announced a prototype that measures nine inches diagonally and can be bent up to 12 millimeters. The company sees applications in wearable displays, the Internet of Things, and car infotainment dashboards.

The company also expects the technology to be used in consumer electronics in the future. For now, Samsung is focusing on developing a stretchable display for mobile devices.

Researchers at Stanford University have developed a thin, flexible display that can be attached to a flat surface. In contrast, today’s displays are rigid and are not stretchable. Stretchable display screens could save lives by improving the health and safety of users.

Researchers are also working on wearable display patches that can stretch naturally with the patient’s body. Using sensors, a wearable display could even provide real-time monitoring of patient vital signs.

Another breakthrough in flexible displays is a way to create ultra-thin screens. The Samsung wallpaper television is ultra-thin and flexible, and can be rolled or twisted without causing damage. Other companies, like Lenovo, have a prototype notebook and phone with foldable screens. E-paper is not a good choice for these types of displays as its low refresh rate and high blur makes it unsuitable for motion. OLED displays are one of the most exciting new technologies being developed for flexible displays.

Recently, researchers at the Korea Institute of Machinery and Materials announced that they had successfully developed a microLED display with the ability to stretch up to 25% without distorting its image. They said the stretchable display was based on metamaterials, which are flexible materials made of nanoparticles.

The holographic smartphone and social media of the near future could be just around the corner. Already, popular HD video camera makers are working on new models. One of these phones, the RED Hydrogen One, will come with a holographic display. A company called Leia, a spinoff of HP Labs, is developing the technology. The holographic display works by projecting images of objects through the phone’s screen.

As a society, we generate huge amounts of information each day, and with a digital storage capacity that is increasing every year, the risk of losing data is ever higher. Personal computers are already packed with hundreds of gigabytes of data, so the loss of even one pixel could cause unimaginable losses. However, holograms can store mountains of data. A prototype system is currently capable of storing 4.4 million pages of information. A hologram offers unique long-term security.

While it is possible to imagine a holographic phone in 2025, the technology is still in its infancy. The technology has not yet been patented. But the company IKIN, based in San Diego, is already working on bigger holographic applications and has raised more than $10 million in venture capital. A holographic smartphone is still decades away, but there are already a few companies developing holographic phone accessories.

The holographic phone could replace the current video call. The holograms could mimic a physical conversation. The Korean company KT Telecom has already made a holographic video call between New Jersey and Seoul. Holograms have already been used in concerts, where audiences can enjoy a lifelike experience by interacting with the hologram. One day, it might even be possible to live broadcast concerts.

If you are interested in Mixed Reality, you may be wondering what you should buy. Fortunately, there are several options. The most expensive option is the HoloLens, which comes with a high price tag and a limited field of view (FOV). Other affordable options include the Zappar Zapbox and Occipital Structure Sensor. Both use cardboard controllers to map out your environment and are compatible with both iOS and Android smartphones.

In the realm of social media and phone apps, there are a number of mixed reality headsets on the market. Among the best are the HoloLens, a headset that pairs with a computer module. Users interact with virtual objects using handheld controllers. However, the HoloLens is geared more towards business applications. For industrial uses, it projects digital assets onto a clear visor, allowing users to use gestures to control the virtual object.

Another option is the Apple VR headset. According to Bloomberg, the device will feature an App Store, focusing on video conferencing, gaming, and streaming video content. Apple may also partner with other media companies to develop VR content. In the meantime, you may get a face-to-face experience from Animojis, similar to FaceTime. If you can’t wait, you might even try one yourself.

Smartphone AR headsets are also on the way. The newest generation of smartphones is capable of generating AR environments. Unlike computer-based AR smart glasses, these headsets use your smartphone to generate AR content. And if you’re looking for something cheaper than a computer-based AR smart glass, a smartphone AR headset is likely to be the best option. There’s room for growth in both categories.

Google has made Glass a reality by adding a touch screen on the right side. You can control volume, play music, pause or skip tracks, and answer phone calls using the built-in microphone. Unlike many other smart glasses, the Glass does not automatically upload your pictures to social media sites. The glass will not track your location; however, you can see when they are taking pictures and can adjust the volume.

Another major feature of the Glass is its built-in speakers, enabling you to listen to music or make phone calls while on the go. The glasses also come with built-in storage for up to 500 photos and videos, which you can share through voice commands. If you don’t want to share your pictures, you can upload them to a companion app.

Facebook’s version is much better-looking and integrates with 6.5x the number of people on Facebook, compared to Snapchat. Facebook has also included tips for responsible use on its website. For example, the Facebook View app makes it easy to import content from the smart glasses, edit it, and share it with other apps. Users can also take advantage of the camera roll on their phones to edit their content.

Some smart glasses have a built-in camera, microphone, and other features. The quality of point-of-view video can prove invaluable for training purposes. Some smart glasses also have built-in displays, letting the wearer overlay digital information on the real world. These glasses also provide directions, and even phone notifications.

During the recent launch of the Google Glass, Google shifted its attention to business customers. However, the battery life of these smart glasses was short, lasting only a few hours. One way to improve battery life is to wear a companion smart necklace or wristwatch to recharge the glasses.