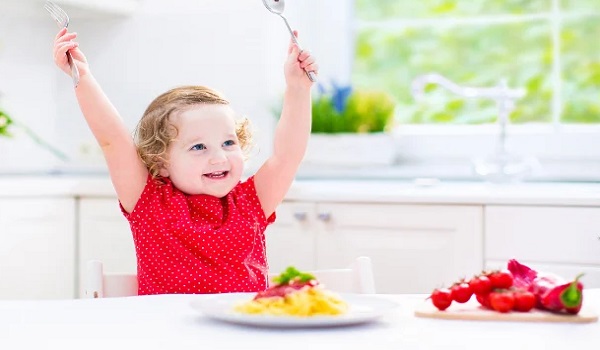 Kids are infamous for rejecting nutritious meals like vegetables and lean proteins that their parents want them to eat, choosing processed, fatty, or sugary items like pizza, chicken nuggets, and ice cream. But here’s the crux: Allowing children to eat badly has long-term effects extending beyond the dinner table struggle and into the child’s future academic performance and health.

According to experts, only 2% of children and adolescents in the United States have diets that match USDA guidelines for fruits, vegetables, whole grains, fibers, and calcium-rich foods. Instead, many youngsters consume more fat, salt, and added sugars, especially in fast food. Fast food now accounts for about 20% of calories consumed by children aged 12 to 18, compared to just 6.5 percent in the late 1970s.

Who Is Affected by This?

Furthermore, a child’s food habits are influenced by his or her family’s financial level. In impoverished 1- and 2-year-olds, iron deficiency anemia is two times more common than in the general population, and 13 percent of poor children exhibit growth stunting and wasting, which is commonly connected to dietary difficulties, compared to just 5% in the general population.

The nutrition of a kid has both short- and long-term health implications. Immediate concerns include weight increase, which may lead to the kid being overweight or obese, which has its own set of health problems, including the development of Type 2 diabetes. Iron deficiency and dental caries, or cavities, are two further short-term impacts. A bad diet for a kid may have long-term consequences, such as an increased risk of heart disease, cancer, osteoporosis, and high blood pressure in adulthood.

The food of a youngster may substantially impact his capacity to learn. According to the CDC, a child’s failure to consume fruits, vegetables, and dairy products are connected to worse grades.

At the same time, nutritional deficiencies, such as vitamins A, B6, B12, C, iron, zinc, folate, and calcium, are linked to greater absenteeism rates, tardiness, and poor grades. Furthermore, the Children’s Defense Fund points out that iron shortage in childhood might lead to IQ loss later in life. According to the World Health Organization, iron insufficiency is the most frequent dietary deficiency.

A child’s healthy diet is comparable to an adult’s, except the portion sizes are smaller. Protein, fruit, vegetables, whole grains, and dairy products should be included in a child’s diet. Calcium is important for bone and tooth development in children, while fiber is important for digestion and constipation prevention in adults. Saturated and trans fats and calories from added sugar, such as those found in fruit snacks or sweets, should be avoided.